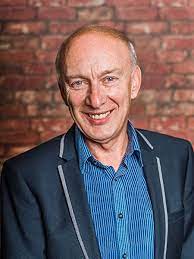 1. There are congregations that hold to and are fed by serious and able evangelical ministers who bear ‘Happy Clappy Religion’ which is what evangelicals are said to be by commentators who don’t bother to take it seriously, So All Souls in London (for example) is a serious evangelical ministry,  till associated with the outlook and ministry of John Stott. His the centenary of his birth is being celebrated by reissuing some of his sermons on the Incarnation, as we write. All Souls (and those like it) makes it clear that their congregation is in the Church of England, though the directions of the episcopacy of the Church of England are by and large ignored.  It seems in All Souls that the doctrinal features in the Church that it disapproved of are simply ignored. The bulk of evangelical Anglican congregations are stickers. At the rate that the bishops of the church speak at all, it is likely that stickers will find it more and more difficult to be silenced - in issues like the meaning of the Cross, women in ministry, including its bishops, and other issues of gender. Heretic bishops could once be counted on the fingers of a hand, but now they are the rule. Where is there an evangelical  bishop to make that fact clear?  There are none, it seems.. The vicar of a sticking ministry does not educate his officers as to how woeful the national leadership is. As a consequence there is more than a touch of Quietism in the average evangelical congregation in the Church of England

Followers to the Church of England was provided by J.I.Packer, for example, whom adherence to the Church  of England was not negotiable, and departure from the C of E was come what may. He started well, writing of a current radical bishop, J.A.T.Robinson, the author of Honest of God. In a critical pamphlet on Anglican radicalism, Keep Yourselves from Idols, published in the 1963, Packer said

It is, therefore, a grave matter when a  bishop appears to be driving a coach and four through the plain and acknowledged sense of Scripture, the teaching of the Thirty-nine Articles, and the beliefs of the mass of English churchmen’.(page 1)

By the 1970’s, Packer must have become aware that radicalism was embedded in the elite  of the Church of England. He was humiliated by the so-called radicals as he sat with the members of  theologians of Anglicanism in the church’s Doctrinal Commission. He found himself in a clear minority by the currents of radical theology,  with sitting with the men such as its chairman  Maurice Wiles, Dennis Nineham, and Geoffrey Lampe.  But this experience seemed to strengthen Packer’s resolve to continue in the Church of England. And he made an alliance and friendship with  Anglo-Catholics such as  E. L. Mascall became a friend, because they each regarded the gospel as supernatural. Both groups were against union of English Methodism with the Church of England, an alliance  which proved successful. This friendship led Packer to say:

.’…whatever reservations I may have about the ecclesiology, Mariology, and Eucharistic teaching of such a man as my learned man Dr. Eric Mascall, I am profoundly grateful to him for books like Up and Down in Adria, The Secularization of Christianity and Theology and the Gospel of Christ, and I hope you are too. Should the future see a catholic renewal in the Church of England, having the same non-triumphalist, non-partisan character as has marked the evangelical renewal of the past generation, I am bold to predict that both that the church will benefit and  evangelical-catholic solidarity against views which erode the supernatural in the realm of redemption will become yet stronger. Such co-belligerence  will not compromise either side , and will be tactically appropriate for furthering faith in in those fundamentals concerning our incarnate Lord on which we are truly agreed.

Does it not seem that Packer testified his loyalty to evangelicalism in the Church of England by experience of the opposite views, theological radicalism and conservative high church, perhaps to test himself, but his behaviour, was often perplexing to his evangelical friends.

After his move to Canada in 1979 he was expelled from the liberal-led Anglicanism in British Columbia when it advocated same-sex marriages.  Packer renewed his Anglican priesthood through GAVCOM. As an evangelical,  he was a sticker.

Melvin Tinker was a follower  of the traditional theology and practice of the Church of England that Packer represented, though in a different way. Melvin was the product of a family whose lives were dominated by the coal mine. He read his first book when he was thirteen years old. Following his conversion to Christ, he studied at the University of Hull, and his theology was learned at the Anglican college of Wyciffe Hall, Oxford, and he was ordained into the Anglican ministry. He became a chaplain at Keele University, then held to various posts, one as a curate to an evangelical church  and then to  a large church in Hull, a rather neglected city. `Over 25 years,  the congregation, St John Newland, grew up to 500 souls. So here is a successful evangelical Anglican vicar. But during this period Melvin got more and more uneasy by the stance of the Church of England. He came to believe that the leaders of the  Church of England had come to promote views that were  secular rather than that of the New Testament, and viewed Christianity as a world religion along with Islam, Hinduism and so on, therefore lacked a prophetic voice, following that culture. When Mervin took his congregation out of the Church of England shortly before his death.  it became three distinct congregations.

Melvin was outspoken when it was called for. For example, .when the people in charge of York Minster welcomed the LGBT , cultural Marxists, , including same-sex marriage, which is not the official position of  the Church of England. He went on TV news to publicise this. As a consequence his plans to hold a conference in Derby Cathedral were disallowed because of what he would say from the pulpit.

Around this time, October 2020,  he wrote in the periodical Anglican Midstream on his outlook, of which this is an extract.

There was the accelerating downgrading of the Church of England as a Biblical denomination. The July 2017 General Synod was a watershed with open disdain being shown towards orthodox beliefs and believers. This didn’t mark any crossing of any ‘line in the sand’, but an unmasking of what has been there for some time with those pursuing a progressive agenda having become emboldened to be more openly aggressive. The trajectory was clear and it seemed to us that it was simply a matter of time (sooner rather than later) when a form of words would be found to enable those holding non-biblical views on gender and sexuality to be formally affirmed as part of the ‘mutual flourishing’ favoured by the Archbishop of Canterbury.

Melvin made it clear to his flock that this state of affairs was intolerable. At his retirement the one congregation he was minister of had become several congregations in Hull. Alas, his further plans were cut short by cancer discovered in October 2021.  By now he had severed the connections of these congregations had to the Church of England of the day. And all too shortly he was called to his Lord. What made him a follower was that his Anglican congregation complied with the Articles of the Church of England. Melvin was not the only minister to break from contemporary Anglican. Happily there are others, which follow in his example. For Melvin and these others, unlike Jim Packer and John Stott and many other solid evangelicals the state of the current mind of the bishops  of the Church of England had reached its limits. That situation is intolerable for them. These are followers.