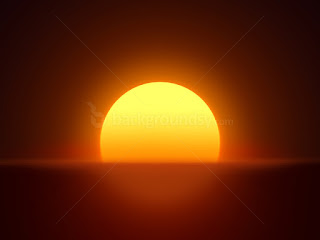 As we saw in the previous post, claiming that these times are the best of times is fatuous, a part of the Sunny Side of the Street approach to history. But are there unique times, without parallel in human affairs? I argue that it is equally fatuous to say that these times are unique, uniquely bad, or good, having unique moral and social features.

It is stretching things even further to say that these are uniquely difficult times for churches to maintain their faith in our day. Of course, if we were landed in some era in the past, we would be uniquely shocked, in many different ways. And so it would be if we could fast forward. But aren’t suffering, temptation, doubt, the experience of backsliding, departure from the faith, puzzlement at the ways of providence, the operation of false prophets, persecution, the stuff of the Christian church in every age? There is this reminder from Jesus himself. “Remember the word that I said to you: 'A servant is not greater than his master. If they persecuted me, they will also persecute you. If they kept my word, they will also keep yours. But all these things they will do to you on account of my name’. (John 15. 20.) Of course if people have come to be attracted to Christianity as a leisure pursuit, or as the way to riches, or as give a rounding off to their life as consumers, that’s another thing.

But seeing that, in this earthly prison of the body, no man is supplied with strength sufficient to hasten in his course with due alacrity, while the greater number are so oppressed with weakness, that hesitating and halting, and even crawling on the ground they make little progress, let every one of us go far as his humble ability enables him, and prosecute the journey once begun. (Inst. III.6.5)

These two attitudes - being on the right side of history, and the judgment that the times are uniquely bad - have this in common, that they are each kinds of exceptionalism. To claim that is common to each is that we live live in exceptional times, exceptionally good or bad times, as the case may be. Exceptional such benefitting from our technological advances, and having a Twitter account! For the present day exceptionalist, the ability to send emails or Tweets effortlessly around the world at no cost, creates unique conditions.

Think about the gift of the internet. Such gifts are not only a blessing, but also a curse. For they are pervasive and intoxicating, so it seems. They enable human beings to dissemble on a grand scale, to spread lies as if they were truths, to vent hatred, and to indulge in narcissistic self-promotion. These in turn raise levels of human anxiety. People may feel vulnerable as never before, and their minds set to  continually race. Lives are ruled by these new circumstances. Many seem to be without any anchors that ensure stability in our existence which has become a daily, 24 hour whirl. Sources which we have previously trusted have become suspect. Paradoxically, perhaps, scepticism and cynicism on a grand scale leads to action, to protest, mass demonstration, coarse language, and even insurrection. All the world’s a stage. In this maelstrom, people do not know whom to trust.

But there is another thing that these two attitudes have in common besides being exceptionalist. Each are instances of environmentalism. The currency of the environmentalist is external states or activities, parts of the world around us and outside us, and the reactions that observations of these promote. So this does not mean they don't affect us? Or that we can turn their effect on us on and off at will?  Certainly not. Malign environments are the subject of warnings by Christ and the apostles. They might strike to kill but they do not succeed. For they do not touch the character or worth of men and women, the springs of heir action, the thoughts and intents of their heart.   A possible case in the New Testament is that of a state of affairs that would, if possible, lead astray even the elect. (Matt. 24/24 )

Those who aver that these are the best of times come to these conclusions by adding up commensurables, those factors which make up our standard of living, our ‘quality of life’. So it’s not simply a question of pounds and pence, but factors that it is not easy to give a monetary value to,  a cost and benefit analysis. Activities as varied as walks in the country, breathing in polluted air, the exercise of freedom of speech, people everlastingly talking loudly into their mobile devices, and many more together make up the quality of life. These are not possible to assign a monetary value to, but they are matters which people value or disvalue, in varied amounts.

And when people, even the same people, tell us that these times are uniquely bad, as compared with earlier times, they play the same  environmentalist game.

Since this malaise is allegedly unique to now, and general in its effects, it must influence religion. For religion depends on who a person trusts who or what that person believes. After all, congregations are not made of theological experts. The congregants may trust Jesus. But can they follow the twists and turns of debate about the person of Christ, say, of monotheletism or diotheletelism, or the latest effort of some ill-informed social critic? They struggle with these handicaps. Worse, such challenged people here other voices than that of their pastor from the omnipresent internet, influences which have the tendency to crowd out the local pulpit and the Christian community.

However, a Christian will see at a glance, these changes in our circumstances – clean running water, central heating, antibiotics, computers – welcome though they are, are not so radical that they require a re-think of the basic conditions of human life.

The New Testament is markedly anti-environmentalist. The word ‘regeneration’ (palingenesis) is used only twIce in the New Testament, but it is nevertheless a key concept. We are familiar with the soteric sense of regeneration, (Titus 3.5). It is in view of being regenerate in this sense that it is impossible for the elect to be deceived. But the same word is used of the cosmos: ‘Verily I say unto you, That ye which have followed me, in the regeneration [‘new world’, unfortunately, In the ESV] when the Son of man shall sit in the throne of his glory, ye also shall sit upon twelve thrones, judging the twelve tribes of Israel’. This is not a new world from the outside in, but one from the inside out, indelibly new in its very nature. (That’s why the ESV translation is unfortunate). (Matt. 19. 28)

Other words of Jesus support this

Do you not see that whatever goes into a person from outside cannot defile him, since it enters not his heart but his stomach and is expelled? (Thus he declared all foods clean.) And he said “What come out of a person  is what defiles him. For from within, out of the heart of man come evil thoughts, sexual immorality, theft, murder, adultery, coveting wickedness, deceit, sensuality, envy, slander. pride, foolishness. All these evil things come from within, and they defile a person.”(Mark 7.18-22)