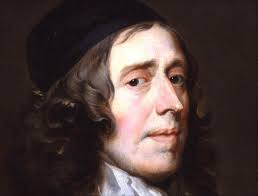 Last time we extracted 2 sections of Dr Owen’s work on the Holy Spirit. The first was a statement of the stance before God of the unregenerate, which he used I Corinthians 2 to make clear the second of how those called to preach and others to the regenerate. It is this that attracted me first. Dr Owen is clearly a Calvinist, or Augustinian – the entirety of volume 3 makes this clear, but his opening of the section 2 (p.295) make clear his opposition to any form of hyper – Calvinism.)See 'John Owen , the Preacher'.

The 2008 Articles of the Gospel Stand Strict and Particular Baptists

24 Gospel Invitations We believe that the invitations of the Gospel, being spirit and life*, are intended only for those who have been made by the blessed Spirit to feel their lost state as sinners and their need of Christ as their Saviour, and to repent of and forsake their sins.

26 Duty Faith and Duty Repentance Denied. We deny duty faith and duty repentance – these terms signifying that it is every man’s duty to spiritually and savingly repent and believe1. We deny also that there is any capability in man by nature to any spiritual good whatever. So that we reject the doctrine that men in a state of nature should be exhorted to believe in or turn to God2.

32  Preaching of the gospel.

We believe that it would be unsafe, from the brief records we have of the way in which the apostles, under the immediate direction of the Lord, addressed their hearers in certain special cases and circumstances, to derive absolute and universal rules for ministerial addresses in the present day under widely- different circumstances. And we further believe that an assumption that others have been inspired as the apostles were has led to the grossest errors amongst both Romanists and professed Protestants.

Hyper-Calvinism developed in the latter part of the 17th century and the first half of the 18th century, a time when  the Protestant Christians were granted freedom of worship in the 1689? The Calvinists were mainly either Presbyterians or Congregational and Baptist. There were ‘Calvinists’ within them all. They were resistant to whose ministry included were  invitations to. Christ. For ‘Calvinists’ such gospel invitations ‘upset’ their understanding of God’s eternal will. Not only election and predestination, added to the godhead itself and Christ’s eternal divinity particularly the work of Goodwin Using. Answer: Christ’s eternal will would keep this the divine eternal will  was intact. So the unconverted were  directed to one or other of this eternal will of God.

Peter Toon’s small book on Hyper -Calvinism (Olive Tree, 1967) surprisingly remains a worthwhile account of these developments, with accounts of individuals and their writings, particularly Chapter `VI with its accounts of Richard Davis, John Brine and John Gill, and the following chapter on God’s eternal decrees and covenants, supplementing by John Skepp and Joseph Hussey. These were days of  shiftings between views. The internal acts of God 108 his immutability and covenants. Early reference 74 & 76. Thomas Goodwin 76-77, who was prominent in discussion on eternal  justification

Toon has the following paragraphs

First,  we may note that after the Restoration in 1660 orthodox Calvinism became, as it were, a cause under siege.The majority  of Puritans  who were orthodox left the Church of England in 1662 to become conform Nonconformists. Thus the religious leadership of the nation was lodged in the hands of men who were either Arminian or moderately Calvinistic in theology. The ejected  ministers,  being Nonconformists,  were placed under  harsh and cruel restrictions until 1688 and this severely curtailed their influence  upon the religious thought  of the nation. As the older men  died their places were taken by younger men who had been educated under liberalising influences in Holland and so a Moderated Calvinism gradually became popular, especially amongst   the Presbyterian Dissenters.  As the years passed  by High Calvinism became more and more the sole preserve  of the Independents and the particular Baptists. The Antinomian  controversy of the 1690s served to widen the gap between High Calvinism and Moderated Calvinism, and as the eighteenth century passed by, High Calvinism became in the main, the faith of the poorly-educated Independents and Baptists.

These men who clung to the doctrine of High Calvinism saw themselves as a group preserved by God in an apostate age  to defend “the faith once delivered to the saints”. Their time was taken up by the defence of their faith and it was in this atmosphere of  course under siege  that Hyper-Calvinism was born and nurtured. (146-7)

This is a plausible picture, such as was being written by John Owen at that time, as that  the High Calvinism became ‘eternalised’, into Hyper-Calvinism, to protect the saints against Arminianism] Let Toon put it in more detail again: often made no distinction between

It was a system of doctrines of God, of man and grace, which was framed to exalt the honour and glory of God and did so at the expense  of minimising the moral and spiritual responsibility of glory of sinners to  God. It placed excessive emphasis on the immanent acts of God,  - eternal justification,  eternal adoption and the eternal covenant of grace. (144)

In practice this  meant that “Christ and Him crucified”, the central message of the apostles, was obscured.

Let us finally get a closer statement of Hyper Calvinism.

In Owen’s volume on justification (in volume V of his Works ed. W.H. Goold, written in 1677 the full title was ‘The Doctrine of Justification by Faith  through the Imputation of the Righteousness, of Christ; Explained, Confirmed, and Vindicated’. Despite its thoroughness of the treatment, the phrase of ‘eternal justification’ is utterly absent. Owen is a notable Protestant, showing to be a High Calvinist. Owen is cited when replied to `Mr Baxter, who charged him with holding eternal justification: I neither am, nor ever was of that judgment; though as it may be explained `I know better, wiser, and more learned men than myself…..’’(Gill. Bk.II Ch.V, 208)   It is difficult if we say that ‘internal and immanent acts’, that is, acts of the same eternality of God as his existence and essence, it becomes difficult to stop oneself being persuaded that God’s eternality embraces everything. God’s eternality is one thing, events in time another.

Nonetheless, Gill has a long discussion in support of eternal justification in his Body of Doctrinal and Practical Divinity. (published in 1769-1770) He claims that  ‘Faith is not the cause  but an effect of justification’. Calvin used the expression ‘instrumental cause by faith. faith’. In 200, To dominate discussion with internal and immanent acts of God taken up in the mind of God from eternity, and which abide in his will: in which they have their complete esse, or being as eternal election has,  being of the same kind and nature (Eph. 1 4-6).  Gill continues ‘It is an act that does not first take place in time, or as sat believing – 1. Faith is not the cause of it in any sense; it is the moving  cause, that is the free grace of God. But then how are we to understand growth in grace, and the adorning of  graces, as the product of the Spirit not in eternity, but in time.There is little of the mysteriousness of the eternal God and his moment-by-moment creation. Little of Paul' ''Oh! the depth of the riches and wisdom and knowledge of God! How unsearchaBle are hisjudgments and how inscrutable ways! (Rom.10.33. There is a touch of rationalism in John Gill, I'm afraid.

So,  eternal justification is the mark of Hyper-Calvinism.