In the second of two posts on epistemological issues I take a look at a little commented-on paper of Alvin Plantinga's in which he defends an analogical account of God's knowledge. The paper,  ‘Divine Knowledge,’ is to be found in Christian Perspectives on Religious Knowledge, edited by C. Stephen Evans and Merold Westphal, (Eerdmans, 1993).

It may well be that Plantinga is correct in what he claims about divine knowledge, about our own ignorance of how God knows what he knows. But if we are ignorant to the extent that Plantinga claims, then this fact makes drawing conclusions about what God knows more tentative than would otherwise be the case. I shall suggest that the how of God's knowledge, and the what  of it, are often connected in significant ways.

So conclusions  about what God can and cannot know, which we may otherwise confidently draw, or equally confidently dismiss, may have to be drawn with greater caution than if our talk about what God is always univocal. As Peter Geach once said, using logical argument is not like travelling in a taxi-cab. We cannot abandon the argument when we like, as we can pay off the taxi-driver when it is convenient for us to do so. We have to go the whole way, to the end of the road, to wherever the argument leads.

It may be worth thinking a bit more about the use of negative and analogical language about God, and I hope to post a brief discussion about this following  the post on Plantinga. 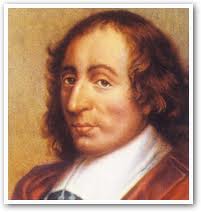