The Ethics of 2K 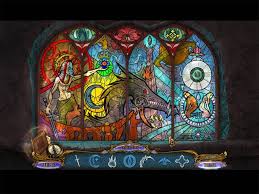 Occasionally, there are single verses of Scripture the Bible student encounters that encapsulate a doctrine or a duty completely. So it is, I believe, with this verse from Paul’s letter to the Galatians. ‘As we have opportunity, let us do good to everyone, and especially to those who are of the household of faith.’ (Gal. 6.10) It is a balanced contribution to 2K teaching. I’ve heard it said that the 2K outlook is ‘antinomian’, presumably in the mistaken idea that those who hold that view regard themselves to have obligations only to the church of Christ, and the needs of the kingdom of this world may be safely ignored. Paul clearly contradicts this idea.

The verse occurs in the conclusion of his teaching,  towards the end of his writing to the churches of Galatia, but there is no antinomianism here, as can be immediately seen from the prominence that Paul gives of doing good to others, that is, to doing good acts of benevolence, of mercy, or of other sorts of help. The whole is conditioned by how they behave within the household of faith, and outside it.

This is supported by his use of the teaching that a Christian is a member both of the body of Christ, and to human beings more generally. There is not a visible or tangible barrier for inhabitants of the two kingdoms. The Christian is also a member of the earthly city, as well as of the heavenly. But this is not true of the people who are not Christian. There is no doubt the prospect of tension between this dual citizenship.  Fulfilling the requirements of the one may be at the expense of the fulfilling the other. Just as the desire of the Samaritan to complete his journey on time was interrupted by seeing a bleeding Jew by the side of the road. Nonetheless, the implication of what Paul advises is that it sometimes makes for difficult situations, but that the Christian will be afforded ‘opportunities’ to help by doing good to both types.

The whole is governed by the place of what the opportunities to do good are. Opportunities like this, often accompanied by shock or dismay, are not in our hands, but are part of God’s providential rule. It is as we have such opportunities that the Christian ought to do good. This suggests that the Christian is not to have a policy of doing good, or to manufacture conditions of human need in order to exhibit his benevolence. But as he or she comes across need in their ordinary course. When, in Christ’s parable of the Good Samaritan, the Samaritan came upon the Jew beaten, and left wounded on the side of the road, this provided for him an opportunity to help, to restore him in some measure. He had not sought this man. Nor had the man sought him.

There is a difference then, in Paul’s advice,  between doing good and ‘do goodism’. The doing good that Paul recommends is not planned or engineered, but is responsive to circumstances that come about unannounced.  The Samaritan was not idle, but was following his duty, perhaps, or his pleasure, when he came across the man in need. And does not the 'by chance' in the Saviour's story suggest the overriding of providence in the incident? That’s how providence works, though not the only way, obviously.

‘The household of faith’ may be  an expression for a local church, or for the church generally. By and large, we don’t use it. It occurs seldom in the new Testament,  I Pet. 6.17  being the closest in meaning to Paul’s use in Galatians. It is no doubt difficult to be sure that a person in need is a Christian or not. Paul’s use of the word  presents an interesting picture of the church at work, in varied tasks animated by the confession of the faith, like the members of a family working together in mutual support at home. But sometimes there are special needs, emergencies in the church. It suggests that the church is a special group of people working in harmony working together. It is one rather indirect example of Paul’s view that the Christian life is not one of continuous success, but there can be expected instances of set-back, a legitimate for help.  It suggests a variant of the expression ‘the body of Christ’, Paul’s chief picture of the church, stressing the working together of many members in  the outworking of their faith. And he is making the point that even in this picture of a sort of well-oiled normality, which generates obligations in its members, needs will crop up of one or another kind, to which another believer may have the help and opportunity of doing good. He should attend to such a happening ‘especially’, as a priority, overriding his other actions.

In fact, as if to underline the 2K point, Paul also the term ‘member’ to refer to membership of the body of Christ which is the church, and the same word, to describe a person our fellow in the human race. In the letter to the Ephesians, Paul uses the word ‘member’ to refer to Christians in a churchly setting, as you would expect. (3.6)  But rather surprisingly he uses it again to members of the kingdom of this world, our neighbours in the widest sense, (4.25) We do good to our neighbours by being honest in our speech with them. And the reason? ‘for we are members one of another’. Christians  have at least a two-fold membership, one of the church, another membership of wider society.

Calvin says, on this verse,

‘he demands that every kind of communication shall be sincere; and enforces it by this consideration, for we are members one of another. That members should not agree among themselves – that they should act in a deceitful manner towards each other, is prodigious wickedness!’

But in the same way, Paul is vague, or general or indefinite in his advice. What counts as doing good to the members of the church and of the members of society is not specified. We are to do these things for the doing of good, and Paul leaves us with a blank to fill in as we may wish. Paul is not a casuist, ranking kinds of doing good in other kinds of action.  He does not come near to saying the doing of good in situation X is greater in goodness than in situation Y, and is therefore to be preferred as an act of doing good to another kind of act. It may be a ‘cup of cold water’ for all Paul seems to care.  Given the main argument of the letter to the Galatians, he might have in mind the duties to Christians who are Jews to Jews who are not Christians. Pure surmise.