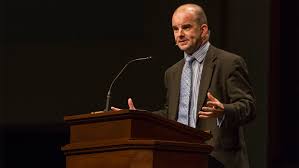 People in the US are getting in a right tizzy about lavatories. Now the President is to issue a Decree about what the arrangements must be in public schools, to the effect that the test of which toilet you end up in should depend on what gender you choose, and not on the gender you were born with. That tizzy is likely to boil over soon.

Of course the Decree speaks volumes about the President of the United States and his ‘legacy’. And perhaps it will be indicative of the meekness of the American public. But what is concerning some people is the culture. Carl Trueman tells all and sundry that he is taking his career in a new direction in order to put his finger in this particular dyke, so as to keep the channels of the culture flowing freely. As here -

On a point of personal reflection, I find myself now in a strange position, reading, writing and speaking more on this topic than on that which I was trained to do -- sixteenth and seventeenth century history.  But historical analysis is a transferable skill, to use the jargon, and these are strange times. The question, ‘If not us, then who?’ is also powerful when we face such potent socially and morally lethal developments.

It’s not clear as yet how this transferable skill will be used. More writing? A conference? Lying down on the tracks? A picket line? What then?

Carl writes copiously about the culture and its demise, about the anti-culture and the Unholy Trinity. He writes well. I would not miss his pieces, in First Things, The Mortification of Spin, and elsewhere. Besides, it’s refreshing to have a Westminster professor write about other things than presuppositionalism and biblical theology.

But in my view he  has a black and white, all or nothing,  view of modern culture. ‘Cultures’, modern societies, if they are anything, are complex. Whatever Philip Rieff may say (he’s the current must-read for those wishing to analyse cultures), they are not primarily identified with what they forbid, except in the sense that the maintenance of any standards involves having do’s and don’t’s. Every assertion implies a denial, in fact a multitude of them. Cultures have rites of entry, what is permitted and what not.  Totems and taboos.  Culture has many expressions, some fairly sealed off from others. So, cultures, rather than culture, perhaps.

Is not the idea that this transgender business will derail ‘the culture’ or promote an ‘anti-culture’ or  dam the flow of the multi-faceted interests and talents of men and women  rather far-fetched and…hysterical?

Cultures are subject to ebb and flow, action and reaction. Besides, as John Owen wrote somewhere, life is as tolerable as it is because sinful lusts compete, modulating each other in the process.

Carl also writes about the pilgrim church. As Augustine put it…..


Come now,  Christians....strangers on earth who seek  city in heaven...understand that you have come here simply in order to take your departure. You are passing through the world....Don't let lovers of the world disturb you

In pursuing this,  Carl is on a rather better wicket.  Intertwined with inveighing against the ‘anti-culture’ he calls the church back to her biblical  character as a pilgrim people, a remnant, and the personal and communal  ethics that  should go with it. He strikes the right note.   This is how it should be, and not the aping of the strategies and outlook of the consumer world in which we are immersed, the god of ‘growth’, and so on. I would put Carl's rather acid remarks about Christians who dream of ‘transforming the culture' in this category, too. Yet he seems to be letting the 'lovers of the world' disturb him.

The Apostle shows a refreshing unconcern about the passing world. The entire chapter is a striking contemporary ring ,does it not?

So as likely as not this business about gender will ebb, like the fusses some years ago over Oh! Calcutta and The Life of Brian, to be replaced by the next unbelievable fad. In the meantime, aiming at being people who have here no continuing city, but are seeking one to come, seems to strike the right note.

This time, in praise of John Owen 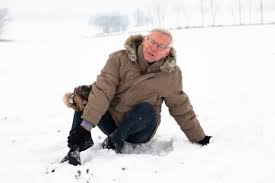 It is often said that the ‘faculty psychology’ that the Puritans endorsed, together with many of their non-Puritan contemporaries, in which the understanding, the will and the emotions look to be in tidy order, produces a one-dimensional view of the human self.

John Owen explored the world of the fallen heart in a number of his writings, Indwelling Sin. Of the Mortification of Sin in Believers, (1656), and Of Temptation, The Nature and Power of It (1658). All are together in Volume VI of Goold’s edition. In his work on indwelling sin, The Nature, Power, Deceit and Prevalency of the Remainders of Indwelling Sin in Believers (1668).  Owen maintains that sin indwells the soul as such, and not in a particular faculty, the understanding, say or the will, exclusively. It indwells the heart, the soul. He takes his cue from Matthew xv.19, ‘Out of the heart proceed evil thoughts, murder, adulteries, fornications, thefts, false witness, blasphemies…’ He emphasises that the manifestation of sin is outwards from its residence in the inner self. So the heart is not a featureless substratum, but the understanding, will, and the affections, memory and conscience, all taken together.

According to Owen, in fallen men and women, sin is comprehensively seated in the heart in this comprehensive sense. It has a hearty attachment to the goals of sin, as well as a resolve to follow the means to those goals.  So the heart ‘is the entire principle of moral operations, of doing good or evil.’ (171)

So the heart is unsearchable, deceitful and self-deceitful. Reformed scholasticism does not have a theory of the unconscious in the modern sense, the sources of irrational weaknesses, bizarre behavior, and so forth, which a professional analyst may counsel his patient over, and attempt to uncover, and help to free him or her from. Nonetheless they have an understanding of the depths, the layers, of the human  personality. So Owen, by this time in his life something of a master of ‘experimental divinity’, stresses that a person is not fully known to himself, nor to others. God alone is the ‘searcher of hearts’.

Hath any one the perfect measure of his own light and darkness? Can any one know what actings of choosing or aversation his will will bring forth, upon the proposal of that endless variety of objects that it is to be exercised with?  Can anyone traverse the various mutability of his affections? Do the secret springs of acting and refusing in the soul lie before the eyes of any man? Doth any one know what will be the motions of the mind or will in such and such conjunctions of things, such a suiting of object. Such a pretension of reasonings,  such an appearance of things desirable? All in heaven and earth, but the infinite, all-seeing God, are utterly ignorant of these things. (171-2)

In addition, the sinful heart is deceitful. Nothing is so deceitful as it.

This involves the deceit of others, and especially self-deception. The heart’s deceitfulness is seen in the contradictoriness of the human character. ‘[I]n general, in respect of moral good and evil, duty or sin, it is so with the heart of every man,  - flaming hot, and key cold; weak, and yet stubborn; obstinate, and facile. The frame of the heart is ready to contradict itself every moment….none know what to expect from it. The rise of this is the disorder that is brought upon all its faculties by sin’. (173) And Owen proceeds to spell out these disorders  as they are expressed through the faculties of the soul.

The mind was at first subject to God, and all was orderly, harmonious. The mind being disturbed by sin, the rest of the faculties are at odds with each other.

The will chooseth not the good, which the mind discovers; the affections delight not in that which the will chooseth; but all jar and interfere, cross and rebel against each other. This we have got by our falling from God. Hence sometimes the will leads, the judgment follows. Yea, commonly the affections, that should attend upon all [i.e. be subordinate to] the understanding  get the sovereignty, and draw the whole soul captive after them.….Sometimes the mind retains its sovereignty, and the affections are in subjection, ready for its duty. This puts a good face upon things. Immediately the rebellion of the affections or the obstinacy of the will takes place and prevails, and the whole scene is changed. This, I say, makes the heart deceitful above all things. It agrees not at all in itself, is not constant to itself, hath no order that it is constant unto, is under no certain conduct that is stable; but, if I may so say, hath a rotation in itself, where ofttimes the feet lead and guide the whole. (173)

This sort of analysis has consequences for our understanding of the character of the order which in the Fall became disorderly. For the original relationship of the understanding, will and affections has to be understood in terms of orderliness, not of metaphysical necessity.  Its pre-Fall nature and operations were not essential to the soul. The Fall was, metaphysically speaking, accidental, 'adventitious' was Calvin's word. But the fallen soul could not right itself, like someone who cannot regain his feet after slipping on the ice. Every effort he makes, he slips further. Sin was both the effect of disorder and the cause of further turmoil. The fallen walker has to be hauled up and made to stand.  The fallen soul likewise needs God's effective grace.

Did you ever hear a sermon on any of this? Or read a ‘Christian’ biography, or a biography of a Christian which took such turmoil into account? I mean, are there any such sermons or books produced nowadays? At the very least bearing these comments of Owen in mind might affect what TV programmes we watch. And what we read. Avoiding the facile and the trite, presented as the ‘realistic’,  the ‘true to life’,  the 'honest'.

And the media, the politicians?
Posted by Paul Helm at 7:26 AM