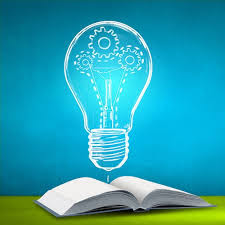 It is interesting that while much attention has been given to free will at the creaturely level, comparatively little has been devoted to divine freedom. Where it has occurred it has been spread over a variety of theological topics, creation, providence, the decrees.

The Confessionally-minded Reformed theologians of the 17th century referred to this state of affairs as what they call ‘indifference’. By this they understood that the divine action does not, and cannot depend on, or is affected by, anything that is not ultimately in the character and will of God. In other words God’s freedom is freedom from any factor outside of God, who is after ‘most  wise, most holy’ and before ‘most absolute’. These are the sources of his action ad extra, as a Creator and what is to occur in that creation. His own knowledge of what is possible. ‘most absolute’, the ‘most free’. His absoluteness means that God did nothing because there was a need to, a lack that he had to act to fill. These expressions appear to imply that God’s independence and unconditioned character, and his freedom, are capable of degrees. If he is most free then there is no greater degree of freedom that God enjoys in doing what he does. This echoes the way that God’s character is referred to by the superlative ‘most’ in Scripture, as in ‘Most holy’. If he is most holy, this refers to the greatest degree of holiness. So we must think of those perfections either side in the Confession, expressing in his creation his wisdom and holiness and whatever is due to his wonderful, perfect self, his identity.

So much for God’s freedom understood as ‘freedom from’. He is free from every possible condition  implied by the creation and its contents. This idea introduces another notion, the self-sufficiency of God, his independence or aseity. These attributes or powers - freedom from, self-sufficiency, independence, aseity – are characteristics of God’s creatorship. They are absent from his creation. It – we  - are creaturely, of the dust of the ground, breathed in by God’s Spirit, made in God’s image, fallen in Adam. We depend on our creator, despite talk about human autonomy. We live, move and having our being in him, and for our latest breath. Through our brains, spirits, and bodies, and the powers inherent in the non-human and inanimate creation, we devise and work with tools, and cooperate into developing our environment. Everything we do therefore bears testimony to our dependence.

But God is free to do what he decrees. The decree of God is said in Ch.III to be ‘the most wise, and holy counsel of his own will, freely and unchangeably ordain whatsoever comes to pass’. He is free from, and free to. He is free and his decree (or decrees) are similarly free to serve his wisdom. What is actual is not all that is possible. The world and all that it contains is the wisdom of God. As Paul noted in Romans 1 (and elsewhere) ‘his invisible powers, namely, his eternal power and divine nature, have been clearly perceived, ever since the creation of the world, in the things that have been made’.  (Rom. 1.20)

Choice seems a prominent feature of God’s character. The Bible refers to matters that could have happened but have not occurred nor never will be. (Christ refers to the stones that could have been turned into children of Abraham. “Do not presume to say to yourselves, ‘We have Abraham as our father’, for I tell you, ‘God is able from these stones to raise children to Abraham.’ ”  (Matt 3.9)) God is able to do what he has chosen not to do. The doctrine of election is the doctrine of God’s choice, as is vividly illustrated by the God’s choice of Jacob over his elder brother Esau, ‘A it is written “Jacob I loved, but Esau I hated”. And John Calvin had the opinion, (though you may not agree with him), that although we are redeemed by the Son’s Incarnation and Cross and Resurrection, by union with Christ and faith in him and so on, God could have saved us by a word.

But there is also ‘most wise’ in the Confession. Here we meet an implied reference to his will. He has an unsurpassedly wise will. Over the immense, intricate, universe that he has created, and that possesses a history, he exercises a most wise judgment. Wisdom has to do with the choice of ends, and of the means he ordains that effectively and wonderfully bring about those ends, and the wsdom of the ends themselves

Certainly there  are those matters which God cannot do? Clearly, there are those attributes and wisdom which he possesses necessarily, his holiness and wisdom. He cannot but act holily; he cannot but be wise.


'Tis the glory and greatness of the divine sovereignty, that God's will is determined by his own infinite all-sufficient wisdom in everything: and in nothing at all is either directed by any inferior wisdom, or by no wisdom: whereby it would become senseless arbitrariness, determining and acting, without reason, design or end'

Jonathan Edwards, The Freedom of the Will, Part IV, Section 7.