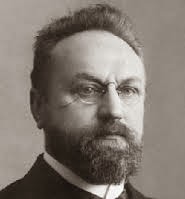 In the course of a few of the last posts we have been comparing neo-classical theism or (as I gather it is sometimes called,  ‘perspectival theology’), with classical theism. I have been contrasting some contemporary writers on God with standard writings of the Puritan era, such as John Owen and Stephen Charnock. Some may gain the impression  that this way of thinking about  God was merely a hobby of Puritanism which has died out, along with goose-quill pens and the Window Tax. So I thought, taking a bit of a breather,  and keeping our attention on the Reformed tradition, that we should look at more recent thinkers, Herman Bavinck and Louis Berkhof. We'll find their outlook pretty similar to the older writers.  Though what you get from the Puritans, Charnock in particular, besides the usual Puritan practice of drawing applications from even the most recondite discussions, are expressions of a kind of ‘restrained ecstasy’ when handing these matters. This is rather absent from the more textbookish output of Bavinck and especially Berkhof.

So what does he say about divine immutability?

While immutable in himself, he nevertheless, as it were, lives the life of his creatures and participates in all their changing states. Scripture necessarily speaks of God in anthropomorphic language. Yet, however anthropomorphic its language, it at the same time prohibits us from positing any change in God himself. There is change around, about and outside of him, and there is change in people’s relations to him, but there is no change in God himself….In other words, though he himself is absolute being, God can give to transient being a distinct existence of their own. (Reformed Dogmatics II. 158)

Your might think that references to God as one who 'lives the life of his creatures and participates in all their changing states' is pretty Frameish. But as he continues it is clear that in Bavinck's view God does not change as we change. Hence the reference to anthropomorphism. Bavinck discusses the biblical view as occupying the mean between deism and pantheism. That view, as he sees it, is that eternity – changelessness – is part of God’s substance. God is not eternally static, however, but eternally active, but not activity that is recognised by change – as with creatures – but active in his essence.

God’s eternity does not stand, abstract and transcendent above time, but is present and immanent in every moment of time. (163)

...it is God who by his eternal power sustains time and every  moment with his eternity…hence God maintains a definite relation to time entering in it with his eternity. as well as the succession of all moments. But this fact does not make him temporal, that is, subject to time, measure, or number. He remains eternal and inhabits eternity, but uses time with a view to manifesting his eternal thoughts and perfections. He makes time. (164)

He is interesting also on the divine decree

[T]he one simple and eternal decree of God unfolds itself before our eyes in time in a vast multiplicity that at one and the same time points back to the one decree of God and leads us, humanly speaking to think of many decrees. This kind of language must not be condemned as long as the unity of the decree in God and the inseparable connectedness of all the special decrees is maintained and recognized. (374)

Bavinck shows here our natural creaturely tendency, being in a world of time and change, to think of the one decree of God in multiple terms. Inevitably so. The one eternal decree has innumerable effects. Just as we think  of the one essence in terms of God’s possessing multiple attributes. We must nonetheless discipline our thinking to do justice to the one decree of God.

So there's not a trace of a 'Second Godhead' inhabiting time and space, with innumerable points of view.  No suggestion that besides the God-in-eternity there is also a God-in-time.

In connection with space God’s infinity and immutability are expressed as omnipresence.

Even where Scripture speaks in human terms and  - with a view to giving us an image of God’s being – as it were, infinitely enlarges space,…the underlying idea is still that God transcends all spatial boundaries. Accordingly, just as there is an essential difference between eternity and time, so also between God’s immensity and space. (167)

….God, the infinite One.  He transcends all space and location. He s not “somewhere yet he fills heaven and earth. He is not spread throughout space, like light and air, but is present with his whole being in all places: “whole and entire in every place but confined to none.” There is no place or space that contains him; hence, instead of saying that he is in all things, it would be better to say that all things are in him. Yet this is not to be understood to mean that he is the space in which things are located, for he 1s not a place.  (167)

(The words quoted by Bavinck are from Augustine’s Confessions, reminding us that classical theism reaches back to the patristic era.) 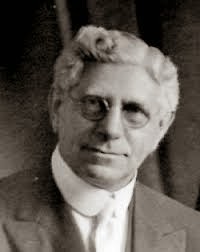 Berkhof’s discussion is shorter than Bavinck’s,  but he provides two succinct definitions which are instructive. (He was not of that school which believes that definitions are works of imperialism in which we endeavour to box God is, to limit him). He says that God’s eternity is that perfection of God whereby He is elevated above all temporal limits and all succession of moments, and possesses his existence in one indivisible essence. (Systematic Theology, 60) And his immensity as that perfection of the Divine Being by which He transcends all spatial limitations, and yet is present at every point of space with His whole Being.

So there is nothing here that is a warrant for the ‘neo-classical theism’ that is around us. God is eternal and the same eternal God brings to universe into being by his decree, a universe of change and hence of time. And in the case of God’s relation to space, he is everywhere wholly present, ubiquitous. He adapts his mode of communication to his creatures by coming down to them. by taking on ways of speaking and acting that will be intelligible to them.

Both B’s, Bavinck and Berkhof, especially Bavinck,  were writing in a day when the tendency to pantheism was great. That tendency has passed with the passing of Absolute Idealism. The danger in our day, in even the most orthodox places of learning, is panentheism and anthropomorphism. among evangelicals, particularly anthropomorphism. When ‘transparency’ is touted on all sides of society, to have a transparent God seems a natural entitlement.

If a wish in our wish list is for a doctrine of God that is immediately comprehensible, then we shall be disappointed. The being God must be the object of our meditations that involves us always in trying to avoid thinking of him in creaturely terms that we are tempted to. In the case of the Trinity our minds must oscillate between the divine oneness and the three-ness in order to avoid the extremes of modalism and tri-theism. so in thinking about the divine nature we must avoid the idea of a static aloof being, and one who located in creaturely time and space.  In all cases we find that theology requires discipline of mind.

Footnote. For those wishing for more on this theme, at an introductory level there is Peter Sanlon, Simply God (IVP, forthcoming in May 2014); and at a more advanced level James Dolezal, God Without Parts (Pickwick 2011). There is very little on Berkhof, but Geoff Thomas's Evangelical Library Lecture 2007 'Louis Berkhof 1873-1957' is interesting. It contains an account of his career, and something of his personality, and a good general defence of Systematic Theology. (In Writing, Evangelical Library, Spring 2008, no. 114 - www.evangelical-library.org.uk)

Any who would like a PDF of Berkhof's Systematic Theology, see