The many dimensions of Calvinism - again. 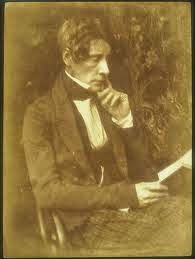 John Piper has some responsibility for in his Gaffin lecture he gives 13 points regarding something called ‘New Calvinism’ or ‘the new Calvinism’ some of which it is said to share with Old Calvinism and all of which he offers as ‘features’ and not as defining properties. That’s not a lot of help. The language-game of denominational religion.  It ought to remind us of the words of Bishop Berkeley, ‘They first raise a dust, and then complain they cannot see’. Though in this case ‘and then assert they can see’.  (Not so much 'Tulip' as  'Chrysanthemum'.) But there are more varieties still: 'Rabbi' Duncan reminds us of 'high' Calvinism, and by implication of a 'low' variety. And William G. T. Shedd refers to Calvinism 'pure' and 'mixed'.  Oh, and hyper-Calvinism. Old, new, high, low, pure, mixed and hyper. And more, no doubt.
Here are three obvious points about Calvinism on the other side of this particular spectrum of Piper and others; there are those who assert ‘No Westminster Confession, no Calvinism’. Then something  about ‘accountability’. Finally, about  Baptist Calvinists. These points put this whole business in perspective, I hope.

The Westminster Confession of Faith

Most adherents to the Confession of faith in fact adhere ex animo to a sanitized version, cleansed of references to Presbyterianism as the state religion. This is no small change. No more the Crown Rights of the Redeemer. Ever since the Solemn League and Covenant was rejected in England, this has been the de facto position here, different in the US in the eighteenth century, awaiting the passing into law of the Constitution and its various amendments, one of which concerned the separation of church and state.

The Westminster Confession says inter alia regarding the civil magistrate –

….they whom, upon pretence of Christian liberty, shall oppose any lawful power, or the lawful exercise of it, whether it be civil or ecclesiastical, resist the ordinance of God. And for their publishing of such opinions, or maintaining of such practices, as are contrary to the light of nature, or to the known principles of Christianity, whether concerning the faith, worship, or conversation; or to the power of godliness; or such erroneous opinions or practices, as either in their own nature, or in the manner of publishing or maintain them, are destructive the external peace and order which Christ has established in the church; they may lawfully be called to account, and proceeded against by the censures of the church, and by the power of the civil magistrate. (XX.IV)

This went off stage de facto in England in the seventeenth century, when Puritanism failed as a political project, and  it failed in America  some time later de jure .

The move from intolerance to what was by today’s standards limited tolerance is not a change that was prompted by theological reasoning or doctrinal revision, but it was wholly political, due at least in England to the presence in society of dissenting groups whose vigour and Christian orthodoxy and place in society could not be gainsaid. They were hear to stay.

Such a politically-inspired change had important consequences for Christology. No more are kings regarded as the foster fathers of the church, or queens their nursing mothers. (Isa. 49 22f.) Or rather, such passages have been 'revisited'. No more is it thought that Christ has established ‘external peace and order….in the church’. No more is state support for the Reformed religion, nor state persecution of others on behalf of Reformed congregations, regarded as support for the one true religion that the state had an exclusive obligation to protect. No more are these things the norm for Confession-believing Presbyterians. Freedom of conscience. Pluralism. Toleration-Calvinism.

These comments  are not meant to apply to Covenanter congregations of today. Maybe they are still praying for the fulfilment of Isaiah 49 stricto sensu for their own, and for others. But they do apply, obviously, to others who claim their pedigree by their adherence to letter of the Confession. That's self-confessedly 'paleo-Calvinism' as one Covenanter said to me. And so the question is, is the dominant form, adherence to the purged Confession of Faith, let us call such a position ‘tolerant confessionalism’, a significant change in ‘Calvinism’, the Calvinism of Calvin and of the authors of the Solemn League and Covenant? It could hardly be said not to be.

These changes, both in doctrine and in practice, were not small. They obviously affected the whole ethos of Reformed religion.  How much of a deviation from the original outlook was it? Does the abandonment of the early view of establishment compare in seriousness, centrality and the like compared with, say, the abandonment of exclusive psalm-singing, or of the Presbyterian ecclesiology of the early Reformed churches by Congregationalists and Baptists? Since the body of Presbyterians is not governed by a magisterium, who is to say what the answer is? How reads your Calvinometer?  Nowadays there cannot be an ‘Old Calvinism’ but only an ‘Older', not  a ‘New’ but a ‘Newer’. No one possesses the copyright of the noun.

In running our slide-rule over Calvinism, whether New or Old, the guiding benefit is said to be that of accountability. The New Calvinism is the place where ‘celebrities’ are to be found, accountable to no-one but to their own egos, a minus; the Old is where congregations, and especially the teaching and ruling of the godly eldership, are held accountable, a plus. My own brushes with presbyterian discipline over the years, light brushes it has to be said, have not been very positive. The procedures have been long-winded and personally hurtful and intrusive. Months may pass, while meetings are called, and the rapidly accumulating written evidence is digested and diaries are rearranged, and appeals are made.  In that time the individuals who are charged are hardly able to retain, socially, the common-law presumption that they are innocent until otherwise shown. But then if for such reasons presbyterian order is not your cup of tea there are Calvinist congregations of all shapes and sizes to pick from. I know this argument is 'anecdotal', but it reminds us that no church is perfect, and claiming to have discerned the biblical pattern of church government is hazardous.

Finally, let us turn to others who have deviated even further from paleo-Calvinism, the Baptist Calvinists, sometimes called ‘particular Baptists’ or these days ‘Reformed Baptists’. Take, for example, the considerable figure of John Gill. What are we to think of Gill and those who thought and think like him?

At the level of scholarly research and reflection upon matters to do with Reformed Orthodoxy, there is none greater than Richard Muller.  In his monumental work Post-Reformation Reformed Dogmatics Muller finds a place not only for Congregationalists or Independents such as Thomas Goodwin and John Owen, but for John Gill as well.   Gill lived in a period of the ‘de-confessionalisation’ of Reformed Orthodoxy, and when there was less confidence in the philosophical tools and underpinnings of theology than earlier stages of RO. (Muller discusses the relation of Gill to RO at greater length in ‘John Gill and the Reformed Tradition: A Study in the Reception of Protestant Orthodoxy in the Eighteenth Century’ in Life and Thought of John Gill (1697-1771): A Tercentennial Appreciation ed. Michael A.G. Haykin, (Leiden: E. J. Brill), 51-68.) Besides, Muller’s work has always shown appreciation for the theological variations within RO. For the latest examples of this, see Calvin and the Reformed Tradition (Baker, 2012).

So, if where the ‘Reformed tradition’ ends is something of an elastic-sided judgment in the eyes of the premier scholar of the field, the same surely applies to the denotation of the floppier term 'Calvinism'. If you hold the form of doctrine of the Westminster Confession, are an Independently-minded chap, and  are not averse to being in the company of dippers, (whatever other bells and whistles you may be adorned with), there's nothing as far as I can see that prevents you calling yourself a Calvinist, and being one.