A Twenty-Minute Bike Ride Away 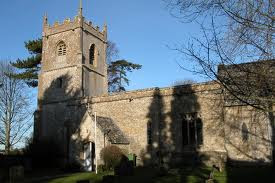 Having recently relocated, not long after that I had the opportunity to attend for the first time the morning service at the Anglican church in the nearest village, a twenty-minute bike ride away. I knew nothing about either the church or the service beforehand, except that there was to be a celebration of the Lord’s Supper, and that it was Easter Sunday.

The minister was serious, clear and direct, his affirmation of the Resurrection, in a sermon of not more than ten minutes, also clear, with the call to faith in Christ and an affirmation of the need for the new birth. The congregation, forty or so, was attentive. Two passages of Scripture were read clearly and intelligibly, good hymns were sung, prayer was offered. We received the elements in what was largely a Protestant and Reformed manner, word and sign, dignified and restrained, richly Trinitarian. The whole was over in a little under an hour.

At present, it is not a difficult task to critique the very existence of the Church of England, at least the Church of England in England, its present stance, the tendency of its ethics, the weakness of its leadership. And there is much that, were one to set about doing so, one could criticize about that particular service. Without encountering much difficulty, we can all describe the church we want - the ‘perfect church’ - as easily as we can depict the God we want. Often enough, on both counts we have to manage with not getting our own way. Yet despite the temptation to criticize what was going on around me gnawing away at me, I both believed and felt it to be a privilege to attend that service and to have the opportunity to engage in public worship that affirmed the historic faith in words that were scriptural and credal in the best sense. This was my overriding reaction, and its presence rather surprised me.

For someone who, like me, is baptistic in outlook, it is not difficult to see the drawbacks of a connexional church, as well as the dangers of a church that is by law established. But such a church has this distinct advantage, that at present, in hundreds of places up and down England, in villages and in towns, it is possible to hear the elements of the faith, even when not delivered in quite the way that one would choose. Perhaps the majority of the English population (if only they knew it, or cared), is only a twenty-minute bike ride away from hearing the gospel and learning the rudiments of the Christian faith. Where else on earth is that true? Certainly not in France, or in many other parts of Europe. The US? Canada? I rather doubt that. But I am of course willing to be put right.

This Sunday morning reaction has led me to reflect a little bit more generally on church, and fellowship, and community. For some, fellowship suggests sharing, which is a particular form of one important element in fellowship, the idea of parity, and transparency. Fellows are those who are in some important senses equal. Those who, though different from each other, have the same standing which together they acknowledge or recognize, and who open themselves to each other. In many places in evangelicalism, fellowship is construed exclusively as this call to openness, to the development of intensity.

But there’s another emphasis that I wish to note here. The idea that church, and fellowship, has other dimensions to it, than the one that comes to be emphasized in modern evangelicalism, the intensity of the ‘small group’, or the crowd-psychology of the mega-church. I was unexpectedly reminded of this other emphasis on Easter Sunday morning, reminded of that aspect of fellowship that consists in being there, in that place, with those people, having the same corporate objective, the worship of Almighty God through Jesus Christ by his Spirit. The fellowship of a place, and a people, and a common purpose. There is also parity here, of course, and solidarity, but of a different kind than that of the ‘small group’ kind. The New Testament emphasizes both. But such solidarity extends beyond being physically present at the same place at the same time. We weep with those who weep, not only those who weep in our presence. And we remember those in the bonds of imprisonment, as though we were imprisoned with them. No physical presence there either. There used to be regular references to fellowship and unity with both the church 'militant' and the church 'triumphant' but this language, and the thought that it expresses, seems to have gone out of use.

When John in opening verses of his first letter writes of fellowship – he uses the word several times - it is this more objective note that is sounded. For John says that he proclaims what he had seen and touched, the Word of God made manifest, who is eternal life. The purpose of his proclamation is ‘that you too may have fellowship with us, and indeed our fellowship is with the Father and with his Son Jesus Christ.’ That is, 'our fellowship' that transcends the apostolic band and is a common features of all Christians. After all, John had never seen most of those with whom he affirms his fellowship.

This transcendence of particular times and places, the times and places where we happen to be present, reminds us of a different dimension to Christian fellowship. There is the parity element. Whether Jew or Greek, bond or free, we are all one in Christ Jesus. He is our brother and friend. But there is the ‘otherness’ aspect. Our fellowship is with the Father and with his Son Jesus Christ. It is from these Trinitarian persons, engaged together in the redemption of the church, that light and goodness are brought to us to make possible and to foster and to enrich the parities of Christian fellowship.

I think that it is this vertical, solidarity that I recognised in the village church. Years ago I was in Czechoslovakia when it was a part of the Soviet empire, and I sought out a church on Sunday morning. Of course when I attended the service I could not understand many words. Those words that I caught referred to our common head, our Saviour and Lord. I also noticed a row of books at the side of the church, one of which has the word ‘Spurgeon’ unmistakably printed on the spine. Spurgeon in Czech translation! I remember thinking, these people are my people. I had Christian solidarity with them even though we could do little more than smile at each other and shake hands.

You may think that my attitude here is excessively individualistic. For what seems to matter is being there, rather than giving and receiving, than ‘sharing’. To which I respond ‘Yes and No’. I am emphasizing 'being there’ and extolling the importance of being physically present, shoulder to shoulder with the people of God confessing the same Christ. I am most certainly not arguing that a virtual church, consisting only of electronic images available on the web, would do equally well.

Just as John says that the Word was made flesh and dwelt among us, and Peter writes of the apostles being ‘eyewitnesses of his majesty’, so it is important that the body of Christ expresses itself in physically visible and tangible ways , a body of real human beings that we can join ourselves to and enjoy solidarity and fellowship with, simply because we confess the same God and Lord.