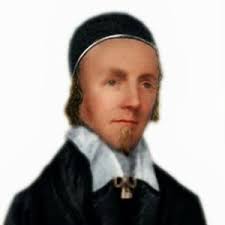 It is common to draw  attention to the same handful of names of Puritan such as Manton, Calamy, Goodwin,  Baxter, Bates, Tuckney, and Caryl. Many of these are from London. But those who lived until 1662 came from every region of England. Isaac Ambrose,  the Son of Richard, Vicar of Ormskirk, in Lancashire.. He was educated both in Oxford, Brasenose,  and Cambridge,  Magdalene, 1632.

Mr Isaac Ambrose was born in the year1591; and though we are at  loss to know details his parentage, yet, by the figure he made both in the learned world, and more especially in the church, it appears his education was liberal, and himself assiduous in his application to his studies; of which he has  (it being impossible that such precious fruit should grow  either in a barren or uncultivated soil) through all of which there shineth the greatest piety, zeal for God’s glory, and concern  for the salvation of souls:

We know what his writings were. In the folio published in Edinburgh by Martin and Wotherspoon, in1761. It is titled The Complete of Works of that Eminent Minister  of  God’s Word, Mr Isaac Ambrose Consisting  of the following Treatises: Viz.1 Prima , Media and Ultima OR , The Middle and Last Things. II Looking untoJesus, as carrying on the Great Work of Man’s Salvation: III War with Devils, Ministration of and Communion with Angels, IV with a ‘Sermon added concerning Redeem the Time’. (Ambrose preached this at the funeral at Preston in January 1657 of Lady Margaret Houghton,  who was a member of a wealthy Puritan family in the area. For  a while the eminent Puritan John Howe had been the Houghton’s chaplain.)  These  sentences  show what a rural, dedicated Puritan Minister could produce,  January 1657.)   This was A Short Account of the Life, Character and Principles of the Author,  an extract biographical entry taken from  Edmund Calamy’s Lives 2.409.

What follows are some extracts:

In his youth he made himself perfectly  with Plutarch and Cicero intimate, and was well acquainted with with the other fine writers of Greece and Rome by which means he was well instructed in the  belles lettres, and the various  thoughts and opinions of the greatest men among the Ancients . yet, notwithstanding this conversation With those  sages, he was not so superstitiously  fond of antiquity, as to fit down there, in  contempt of all later and helps and advancements. Being thus prepared, he addressed himself to the more close, particular and thorough  knowledge of Theology. In that science, he exercised his mind  upon what he read; he considered, compared, and inferred. He had the felicity of clear and diligent thinking. By reading he rendered his understanding full, and  by meditation he kept that fullness from being disorderly and confused. He thought it not enough or bundles of novel opinions , to understand the  current orthodoxy of the times, or to gain the faculty of speaking to the common people in the taking tone and phrase in vogue (things that constitute the divines   of that  age) but enquired into the b

And of his last days, also at the first pages,

During the long parliament under Oliver Cromwell, Ambrose was settled at Preston in Lancashire, where he laboured in his ministerial work, for a considerable time, with great success,   and regarded of all. From thence was and regarded of all. From thence he was removed to Garstang, within ten miles of Preston, where the  act of uniformity found him in the year 1662,  which was the second year after the restoration of King Charles II,     When he, with  near two thousand more ministers, lecturers etc were silenced and laid aside from the public work of the ministry for not conforming to the established Church of England; and he was never again experienced rest during life. Yet that time was not spent in inactivity by him, but employed to the most purpose.....for then was he revised   and gave the finishing stroke to the greatest  part of his and  then it he to the greatest parts of his works from his youth,

From a sketch of dates from Calumny Revised  ed A.D.Matthews (Clarendon Press, 1934Oxford, p.9),  we learn that Isaac Ambrose was a  Curate of St Edmunds, Castleton, Derbyshire, and later the vicar of Ormskirk,  North of Liverpool and Preston and ejected  by the Bishop of Chester, while when he was vicar of Garstang in 1662, a small market  town at the foot of the Pennines. Ambrose was prominent the in Lancashire Classis during the era of Oliver Cromwell’s Long Parliament, being moderator of it several times. He married to Judith, and had several children while at Garstang.  ‘It was  his usual custom, once in a year, for the space of a Month to devote himself to Contemplation.’ He  died 23 January , after his ejection. His daughter Judith and Joseph Moxon his son who married, who died   and  was buried at Preston , a grocer. It was noted that he wrote to Richard Baxter Nov. 1661, about angels. His publications were appeared in London 1649-62.

There is an edition of his Complete Works, Dundee, 1761 and a sermon ’Redeeming the Time 1657 at the funeral of the honourable Lady Margaret  Houghton, revised and somewhat enlarged, and at the importunity of some published, by Isaac Ambrose, Preacher of the Gospel ar Garstang, in the same County. Earlier he wrote to Richard Baxter and his Letter of Baxter’s and one from W.Cole Preston October 8, 1662 ‘One thing that was peculiar in him deserveth to be mentioned here desireth to be mentioned here,  for the space of a month, to retire into a little hut in a wood, to devote himself to contemplation. Possibly by this practice he was fitter for his sacred  ministration all the rest of the year. He lived, in the letter part of his life, at Preston, and when his end   drew near, he was very sensible of it…  Having taken  leave of his friends abroad with unusual solemnity, as if he foresaw that he should see them no more, he came to Preston from Bolton  and set all things in order  In a little time some of his hearers came to Garstang to visit  him: after discoursing freely with them, and like a man sensible of his death being near,     he accompanied them to their horses, and when he came shut himself up in his parlour,  the usual place of his soliloquy, meditation and prayer. They thought  he staid too long, and so opened  the door, and found him just expiring. This was in1664, aged 72; he was holy in his life, happy in his death, and honoured by God and all good men.

Other books  identified are ‘ A well-ordered family’, a republication of Looking unto Jesus , Ambrose’s most published book,    by Reformation Heritage Books. The editor and publisher refers to it as a good example of ‘experimental theology’.