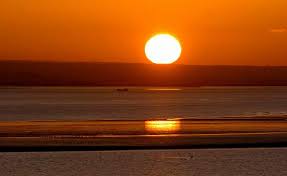 In this piece we shall consider   God’s immutability, and its consequences. But what is the nature of  his  immutability? God is surrounded in mystery, and it is often prudent to stress the negative side of things, lest we think that we are involved in a detailed search for what God is like, or even worse, a search for what it is like to be God. Such endeavours involve a qualifying of the sharp distinction between the almightiness of God, his transcendence, and the creation of changes. God is unlike the Sun and Moon whose being causes shadows as they ‘turn’. (James 1.17)

But the God who does not change brings about changes. How can this be? Augustine, a greatly-gifted man, put his finger on the lines, if not of a solution, yet of a way of thinking of the one who is changeless brings about changes. ‘Willing a change is not changing a will’ occurs a number of times in his writings. That is, there is a difference between one will that creates changes outside itself, and many changing willings in a created person or some other agent, who changes. The first involves no change in the will, the other many changes, a changing will. The immutable God has an unchanging will which brings about the innumerable changes in his creation

Reformed theology gives a prominent place to the decree of God. In the Westminster Confession the decree or decrees have a separate chapter to themselves. Chapter III ‘Of God’s Eternal Decree’. If you have not consulted it regularly, then I say that it is worth a look over. No doubt the will of God has a prominence in other traditions, but not the place that the decrees of God have in the Reformed tradition.

Note that the Westminster Divines used the phrase ‘eternal’. God’s eternal decree. If we measure that decree by its effects, then we might say that there are uncountably many decrees. If the decree is counted by its origin, then one. It is the one eternal decree of Almighty God gives that gives rise  many happenings, each of them (of course) involving changes. In the letter of James, he cautions those who make  plans without regard to the will of God. God’s will covers what will happen tomorrow. He says ‘you do not know what tomorrow will bring’. This is not a reference to what fate may have in store, or Lady Luck, but to the will of God, but it can only be a reference to what the decree of God brings to pass. James counsels ‘You ought to say "If we Lord wills, we will live and do this or that"'. Without that qualification, we boast, as if we were in charge of our futures. ‘All such boasting is evil’ (James 4.16)

It is that eternal decree that Paul referred to when he said that God works all things according to the counsel of his own will. (Eph. 1.17) This is not an example of cockiness in the Apostle, a kind of know-all religion. Paul refers in the same passage to the ‘mystery’ of God’s will. It gives rise to many puzzles and perplexities. It encompasses the number of the hairs of our heads, and the falling of the Tower of Siloam. But it ensures that at all points in our lives we are in the hands of God. This should be an unmovable feature of the piety of those who believe it.

In this post I want to seek to answer to a question. If God is eternally unchanging and decrees in his creation, why as a result does he not change? We have seen that God’s decree is eternal, part of the unchangeable divine life. It is easy to  think of God himself living in some heavenly location, along with us. But he is apart from us, not in any way localized,  but simply immense and infinite, unbounded. The perfection of God is a fit subject for meditation, but we must make our best efforts not to parody God’s reality and fullness when we think of him. If all else fails, we can use negatives when we cannot get our minds around the divine  perfections. There is too much of God for us to comprehend him. He is too wonderful for words. ‘Who has known the mind of the Lord, or who has been his counsellor?’ (Rom.11. 34)

So it is with a comparison between God’s eternal decree and our goings-on,  the contrast between his ways and ours. Let us think for a moment of his creation. In creating God does not add to his reality. The creation does not distend God’s boundaries, for he has no bounds. So thinking of God as if has he has boundaries would be inconceivable. The contrast between God’s ways and ours is not one of degree,  but one of kind. For this reason the decree of God may be considered as the eternal aspect of his mind.

(i) Now when God became the Creator, he was not changed in himself (for nothing new happened to him, for from eternity he had the efficacious will of creating the world in time) but only in order to the creature (because a new relation took place with it).

Turretin’s terms for God’s being the Creator is that it is transient as far as God is concerned, the creation is from him, not in him, so not immanent. (As being in three persons is immanent.)

(ii) God was not changed by the incarnation; the Word was made flesh, not by a conversion of the Word into flesh, but by an assumption of the flesh to the hypostatis of the Word.

(iii) God changes the things he has created without changing himself. ‘The knowledge of God does not change with the thing known because God who knew it not only knew this change would take place but even decreed it.’(206)

In his well-known work on the The Existence and Attributes of God Charnock takes a similar line to that of Turretin. In the chapter on divine immutability, Proposition II there is a good ration of discussion: For example:

There was no change in the Divine nature, when he assumed human nature. There was an union of the two natures, but no change of the Deity into the humanity, or of the humanity into the Deity; both preserved their peculiar properties.  The humanity was changed by a communication of excellent gifts from the divine nature, not by being brought into an equality with it, for that was impossible that a creature should be equal to the Creator.

Christ’s human nature was gifted by union with his divine nature, and so changed. But his divine nature ‘was not extinguished nor diminished, though it was obscured and darkened, under the veil of our infirmities’.

There is mystery to the extent that the Incarnation is without parallel in our experience, and so we do not have the capacity to comprehend it. Remember, if the formulations from Turetij and Charnock we have inspected are in line with what Scripture teaches, they nevertheless tell us nothing about what it is like to be God.