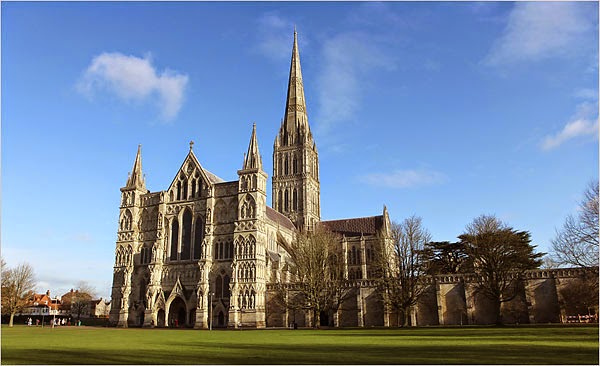 In previous posts we have looked at the ‘hypothetical universalism’ of John Davenant, and Amyraldianism.  In this post I wish to make some general assessments of Davenant’s views. These will mostly be concerned in with the suitability of the term ‘hypothetical universalism’ as a description for the positions it’s currently being used for. And in a further post (!) on an estimate of Amyraldianism. (Page references are to Davenant's writing on the death of Christ, appended to the Josiah Allport's translation of Davenant's Commentary on Colossians. (Omitted from the Banner reprint of the Commentary.))

Davenant, who appears to be as good a person to be labelled a hypothetical universalist as anyone I have read, nevertheless seems difficult to understand consistently. Insofar as the death the Father in the light of Christ’s offering of himself, which is of universal value, which Davenant characterizes in these terms: ‘A universal remedy appointed by God and applicable for salvation to the whole human race’ (340). And there is a particular remedy, operative alongside it), the special decree of God to be efficaciously and infallibly applied to the salvation of particular persons’. (340) (Davenant sometimes uses the word ‘decree’ but not routinely). But as far as I can see this second arrangement is not grounded in the failure or foreseen failure of the first arrangement, but the first facilitates the implementation of the second, notably in the way that it frees the preacher to preach the gospel indiscriminately. And so in this weak sense the second depends on the first. The two arrangements continue side by side, the one facilitating the progress of the other.

According to Davenant the value of Christ’s work and especially of his death for the world, as in John 3.16, warrants the indiscriminate preaching of the gospel, and the language of ‘Christ died for you because he died for everyone.’  (And as far as I can see without it, no indiscriminate preaching of the gospel would be warranted in the bishop's view). Not only is the universal scope of the death of Christ true, but people ought to believe it has this scope, preachers and those in the pew alike. In its universal aspect he says that its effects are the expression of God’s philanthropy.

I…..affirm that God in sending the Redeemer was willing to manifest to the world both these kinds of love; namely, that common love of the human race, which we call philanthropy, and that special and secret love, which we call good pleasure. The argument of common love is, that he would so far regard the human race, that is, all men individually, that they should have a Redeemer through whose satisfaction, apprehended by faith, they might have remission of sins. (388)

Whereas in its particular aspect God’s love is that of his good pleasure (388). So the Son is thought of as having decreed two distinct matters, to die for the world, and also in another sense, to redeem the elect. It seems that Davenant does not believe there is any discrepancy here. In any case it is surely possible to think of the Son’s dying for the world in the sense of his death having an infinite value,  as a means, a necessary means, to his redeeming the elect. This is one understanding of post-redemptionism. So is Davenant a hypothetical universalist? Is the phrase applicable to him?

It seems to me that his position might better be called a counterfactual universalist. Why do I say this? Because he holds that if every person were to be or were to have been the object of what he calls the ‘special determination’ of God (which Davenant knows they are not) then they would have been or would be regenerated. have the grace of perseverance, and so on.  Christ has died for them, and his death is sufficient for all. But, until the gospel takes hold, we don’t know who the objects of this special determination are. So it may be that we are to think of the universal love of God as seen in the death of Christ for everyone as the revealed will of God, the ‘special determination’ as the secret will. Though I don’t know any place where Davenant says as much.

As far as the ‘special determination’ of Davenant is concerned, he is a regular particularist of the Owen kind. As Owen’s Death of Christ (written again Baxter’s negative remarks against Owen’s Death of Death) was going through the press Davenant’s dissertation on the death of Christ appeared. Owen has some rather waspish remarks about it in the Introduction, to be found after the Death of Death in volume X of the Goold edition of his Works.

Yea, through the patience and goodness of God, I undertake to demonstrate that the main foundation of his [Davenant’s] whole dissertation about the death of Christ, with many inferences from thence, are neither found in, nor founded upon the word; but that the several parts thereof are mutually conflicting and destructive of each other, to the great prejudice to the truth therein contained. (X.432)

What Davenant saw as the support that the first arrangement gave to the second Owen found  the two arrangements to be ‘mutually conflicting and destructive’.

‘Universalism’ is capable of different strengths; principally and classically it is used in respect of the salvation of everyone, but it can refer more weakly to the provision of non-saving benefits to all humanity. Davenant says ‘That death which brings some spiritual advantages even to those which are not saved, is not applicable to the elect alone: but the death of Christ brings advantages to some who will not be saved’. (352) He does not specify what these are, apart from the advantages of having the gospel preached to them. It is ‘a supernatural benefit granted even to those who abuse it’. (353) But Davenant seems not to be a hypothetical universalist in respect of the  ‘special arrangement’ considered on its own, but a particularist. And not a hypothetical universalist in respect of the general arranement but an actual universalist, though not in respect of the distribution of the saving effects of Christ’s death, but of its non-saving benefits.

However that question is answered, the idea that this warrants the preacher in saying indiscriminately 'Christ died for you' as Davenant alleged, (349, 373) insofar as I understand it, is a rather Jesuitical point. For if Davenant’s view is as I have been describing it, the preacher, looking his congregation in the eye and informing them that Christ died for them if they have faith in him, and knowing full well that Christ’s death insofar as its saving (as distinct from its common) benefits are concerned is governed in its application of the Father’s eternal election. Of course he may have a warrant to preach indiscriminately, but that need not be grounded in a universal efficacy of Christ’s death. Nor does the indiscriminate preaching of the gospel require a universal scope to the death of Christ to legitimise it.

In his remarks on the salvific effects of Christ’s death Davenant is very clear in his Augustinianism as far as the benefits to the elect are concerned, and presumably because of this he is considered to be within the Reformed mainstream.

To contrast with Owen for a moment. Owen in The Death of Death does not give much attention to these common benefits. Perhaps because he takes that side of things for granted. Nevertheless though he does recognise a universal element in the work of Christ in that it is of universal indeed of infinite  value. But then maybe particular redemptionists such as John Owen are also hypothetical universalists. For an Owenian and those who later refer to ‘limited atonement', (this is not an original phrase in the 17th century discussion any more than is ‘hypothetical universalism’), using the sufficient - efficient terminology or conceptuality to do so. But as a consequence Owen also must be an 'hypothetical universalist' holding that the divine intention in making this indivisible infinite offering/atonement for sin to be distinct from the divine intention in making that necessarily infinite atonement universal in its scope. And if the latter had been the case then universalism would follow. And had the divine intention been universal in scope then it would have been communicated to everyone.

It is only in such as John Gill that the universal scope of Christ’s work is particularistic through and through, particular both in its sufficiency and in its efficacy, though even Gill would no doubt say that if it had been the Father’s will that all should be saved by atonement, then Christ’s death (Heb 9.14) would suffice for the salvation of a universe of sinners. (See the comments on Gill by Richard Muller in ‘How Many Points?’ (Calvin Theological Journal, Nov.1993, 428). So is Gill a hypothetical universalist as well? Sometimes the elastic can be stretched so far as to be useless.