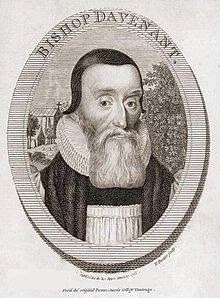 Recently there has been quite a bit of interest in the variety of views held by Reformed Theologians within the parameters of confessional orthodoxy. For example, it is argued the view that is described as ‘Amyraldian’ or ‘hypothetical universalist’ is in fact a variety of views. It has been generally assumed that these are two names for the same thing, but recent work has reminded us that Amyraldianism was a more radical set of positions than others in this family, and in fact that ‘hypothetical universalism’ is an umbrella term for various views of differing strengths, each of them distinct from Amyraldianism proper, that is, from the Amyraldianism of Möise Amyraut, and of John Cameron. This is not a new thought but it is novel to most of us, I suspect.  Recent scholarship has involved delving into the distinctive views of various reformed communities and cultures - Dutch, Engish, French, Genevan and so on. In this post (and maybe in other posts; we’ll see how we get on), my aim is to give the broad outline of these two positions, and to refer to some of the figures involved.

It will do not harm to start with Calvin. A distinction respecting the death of Christ that goes back to before the Reformation, is the expression that that death of  Christ is sufficient for all,  efficient only for the elect. It is usually thought to start with Peter Lombard. Here’s a comment of Calvin’s on it. ‘This solution has long prevailed in the schools. Though then I allow what has been said is true….’ He goes on to say it does not fit I John 2.1, the passage under consideration. So he approves the formula, though he does not often use it, but not to understand this particular verse. This is from his commentary on I John.

One motivation for some who are now called  ‘hypothetical universalists’ is to preserve that universalism, ‘sufficient for all’, and also a universalism of Christ’s death of a different kind, from that of those who think of ‘the world’ in John 3.16 as ‘the world of the elect’ or the ‘all’ in….as ‘some of every kind’ or gloss it as 'only Saviour of the world'.  Instead, to think of it as  ‘each and every human being’ while at the same time doing justice to other NT  data and so preserving a sense in which Christ died only for the elect. It is this latter that keeps them within the bounds of Reformed orthodoxy. (I think that the phrase ‘hypothetical universalism’ was not theirs, but that of later scholarship). Another way of expressing this concern for a particular interpretation of John 3.16 and other similar universalistically-interpreted verses in the case of some English hypothetical universalists was their anxiety to be in line with, and so to preserve, the expression in Article XXXI of the XXXIX Articles of Religion of the Church of England, a part of which reads. 'The Offering of Christ once made is that perfect redemption, propitiation, and satisfaction, for all the sins of the whole world, both original and actual, and there is none other satisfaction for sin, but that alone….'


In chapter 5 of his Calvin and the Reformed Tradition (Baker, 2012), Richard Muller takes his reader through the reflections of Bishop Davenant, one of the English Delegation to the Synod of Dordt, who wrote elaborately on this universalism. Davenant was at pains to stress that this death is not a salvific universalism, as regards the question of those who fully benefit from it. Nonetheless everyone benefits from it, to some degree or another. Whereas Calvin attribute common operations to the Holy Spirit, Davenant attributes them to Christ's death.

Here is one way that Davenant expresses the universalism

In the very appointment or ordination of a Redeemer, God had some regard of common  love towards me, which he had not towards devils. Which will appear further if we consider what this redemption is. It is, then, the payment of the just price due for us captives, not that we should actually be delivered on the payment of the price, but that we should be delivered as soon as we believe in the Redeemer. This is that ordination of the death of Christ or of a satisfactory price, which flowed from the common love of God to all mankind, and therefore, it is rightly declared to be extended, under this condition, from us to all men individually. And to this we think that celebrated passage refers, John 3.16, God so love the world etc.

Contemporary discussions of Davenant don’t pay much attention to this ‘common’ side to the death of Christ, but it was important for Davenant.

And here is the particularism

But now as to what relates to that secret and more special love, with which God embraces the elect, far be it from us to deny that the death and merit of Christ is a special gift to be effectually and infallibly applied in a special way to the elect, who are to be redeemed and saved through his special love. Therefore we attribute ti that common love, with which God waits upon the human race, that he was willing to appoint such a Redeemer, through whose death and satisfaction any one provided he should believe in him, might be absolved from his sins, Acts 13. 38. But we think that is to be attributed to his special good pleasure, with which he embraces the elect alone, that from the death and merit of this appointed and ordained Redeemer, he should determine to give to certain individual persons effectually and infallibly, faith, and eternal life. (388-9)

I…affirm that God in sending the Redeemer was willing to manifest to the world both these kinds of love; namely, that common love of the human race, which we call philanthropy, and that special and secret love, which we call good pleasure.’ (388)

Davenant cites early Reformed theologians such as Pareus as as well the history of Augustinianism, so that I don’t think that this cast of the Reformed theological mind can be called ‘deviant’ if that means a later deviation from an earlier consensus. One might even say that it is an instance of ‘defiant’ theology.

Some of what Davenant writes is clearer than other parts. But it seems that a primary thought is that Christ died for the world in a universal sense, from which flows what are nowadays called the gifts of common grace, and warrant for the indiscriminate preaching of the gospel. From such preaching, if he pleases, God brings some - his elect - to faith and new life in Christ.

It might be said on this view that the death of Christ was universally necessary, necessary for the salvation of any man, but also necessary for the general provision of health, and wealth of the race, and the virtues that any person may express, and the presence of gospel preaching. There are from the death of Christ generally or indiscriminately applicable non-saving benefits, such as Davenant insisted upon, not an actual salvific universalism nor (given the revealed divine purpose) its possibility, by which all could or might by an exercise of their own free will benefit from his death, but a hypothetical universalism. We could discuss further whether this meets the explicitness of Article XXXI.

This view at least supports the hypothesis, that had God been pleased to elect every person, then the perfection of Christ’s redemption would have been sufficient to cover all their sins, and the preaching of Christ would have reached them all. Davenant did not for one moment deny the particularism of God’s election, its non-universalism, but for some reason which is not too clear, in the circumstances of his day Davenant made the upholding of this hypothetical universalism a priority.  Davenant also published Animadversion upon a Treatise intitled God’s Love to Mankind (1641), upholding his particularism.

Perhaps that’s enough for now, though there’s a great deal of interest in The Death of Christ for any who like scholastically-minded theological discussion.  And some questions. What's hypothetical about this version of hypothetical universalism? How, according to Davenant,  is the work of Christ to be understood? How does his view of the death of Christ (and only this view?) warrant and facilitate the unfettered preaching of the gospel?

I hope we may get around to discussing some these. But next time I shall discuss Amyraldianism.

A Note on Sources

John Davenant became Bishop of Salisbury in 1621 and was a Deputy to the Synod of Dordt. On the questions sketched above he published A Dissertation on the Death of Christ written in the 1620’s, published in Latin in 1630, and translated by Josiah Allport in 1832, and can be found at the end of his translation of Davenant’s Commentary on Colossians. (Josiah knew the difference between Davenant's view and Amyraldianism even if it was forgotten in the meantime.)The Commentary (but not including the Dissertation) has recently been republished by the Banner of Truth, and the Dissertation by the Quinta Press. Davenant distinguished his position from that of Amyraut in his short work with the long title On the Controversy among the French Divines of the Reformed Church Concerning the Gracious or Saving Will of God towards Sinful Men, also published by Allport with the Dissertation and referred to by Richard Muller as De Gallicana. (128) On what has been called English hypothetical universalism see Jonathan Moore,  English Hypothetical Universalism, (Eerdmans, 2007). See also Oliver Crisp, Deviant Calvinism, (Fortress, 2014), Ch.7.