Edwards and John Locke on Emotion 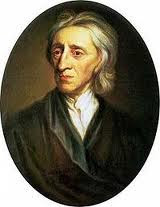 I said at the end of’, 'Edwards on True Religion’ two posts ago, ‘Thank you and good night to Edwards for the time being’. But then Dr Lucas offered his correction, to which I replied, and this got me thinking a bit more about Edwards and affection. The result is, or will, be a couple more posts, at least.

Modestly, I wish to highlight things that, as far as I can see, have never been noticed before! I do this neither to praise nor to bury Edwards. The exercise is purely factual, but what it will show is that the man was much more heavily indebted to Locke in Religious Affections than (I believe) has been previously thought, or than anyone has noticed, even though the evidence for this has been available ever since his book was published.

Locke and Edwards on the self

Take the editor of the Yale Edition of Religious Affections, the late John E Smith. In his lengthy Introduction to the work, he briefly (52) mentions Locke once, taking two lines, in connection with the new spiritual sense, the ‘new simple idea’. Others have embellished this connection, myself included. Regeneration is the imparting of a new spiritual or supernatural sense, and the terminology is clearly Locke’s, though very similar language can be found in many a Puritan, in John Owen for example. So is the influence of Locke on Edwards (as regards the Religious Affections) terminological and nothing more? I once thought so. But the answer is ‘not exactly’.

To begin with, in Part I there are references to the human self which are decidedly Lockean, particularly Edwards’s stress on the unity of the self, which indicates his dismissal of the faculty psychology of his mediaeval and Reformed Orthodox antecedents. According to this revised view, there are two ‘faculties’, understanding and will, and the affections are not essentially distinct from the will, and so are not a distinct third faculty. This follows Locke in his chapter ‘Of Power’: ‘the ordinary way of speaking is that the understanding and will are two faculties of the mind: a word proper enough, it is be used, as all words should be, so as not to breed any confusion in men’s thoughts, by being supposed (as I suspect it has been) to stand for some real beings in the soul that performed those actions of understanding and volition’. (196) (All page references to Locke in this post are to volume 1 of the two-volume Everyman Library edition of Locke’s Essay, ed. John W. Yolton (1961))

Edwards makes similar remarks in Part I of the Affections: ‘God has indued the soul with two faculties: one is that by which it is capable to perception and speculation, or by which it discerns views and judges of things, which is called the understanding. The other faculty by which the soul….but is some way inclined with respect to the things in views or considers…This faculty….is sometimes called the inclination….’ (96). ‘The will, and the affections of the soul, are not two faculties; the affections are not essentially distinct from the will….’ (97) What Locke and Edwards now call faculties refer to modes of the self rather than essential divisions within the self.

Edwards does not quote Locke at this point, or anywhere else in the Affections. I suppose that it would hardly have done to let on to his New England audience that he was endorsing the words and ideas of a Broad Church English Arminian Anglican in defence of his take on the Revivals.

As we noted in an earlier post, Edwards is explicit in his references to and borrowings from Locke in work intended for a wider readership, one that he hoped would include the ‘enlightened’ thinkers of America and Europe. For instance in The Freedom of the Will Edwards makes explicit use of Locke’s great chapter ‘Of Power’, Book II Chapter XXI of his Essay, again in defence of the unity of the self, modifying the Lockean doctrine as he saw fit.

Locke and Edwards on emotion

Now as it happens, before Locke’s long chapter ‘Of Power’, which is concerned with the human will and freedom, there is a shorter chapter, ‘Of Modes of Pleasure and Pain’. This is a brief discussion of affection, or emotion as Locke calls it. If anything, Edwards here follows the contours of Locke’s thought even more exactly.

To make this clear, here are four or so direct similarities between what Locke says in four pages and what Edwards says in thirty or so. Some of these are substantive, others are matters of detail. I don’t think that they are exhaustive.

Locke: ‘Pleasure and pain and that which causes them, good and evil, are the hinges on which our passions turn’. (190)

Edwards: ‘And in every degree of the act of the will, wherein the soul approves of something present, there is a degree of pleasedness; and that pleasedness, if it be in a considerable degree, is the very same with the affection of joy or delight. And if the will disapproves of what is present, the soul is in some degree displeased, and if that displeasedness be great, ‘tis the very same with the affection of grief and sorrow.’ (97)

So Locke and Edwards agree on what we might call, crudely, the mechanisms of the will and of the affections. The will, and the affections which are generated, is determined by beliefs we have about pleasure and pain, and Edwards pretty much uses Lockean terminology. There are some differences: ‘emotion’ (Locke) becomes ‘affection’ (Edwards), and Edwards is emphatic (as part of the overall thesis of the book), that in ordinary speech we reserve (and he will reserve) the term ‘affection’ for the ‘raised’ or ‘higher’ exercises of the will. ‘In every act of the will for, or towards something not present, the soul is in some degree inclined to that thing; and that inclination, if in a considerable degree, is the very same with the affection of desire….and that pleasedness, if it be in a considerable degree, is the very same with affection of desire.’(97)

‘For whatever good is proposed, if its absence carries no displeasure nor pain with it, if a man be easy and content without it, there is no desire of it nor endeavour after it;’ (Locke, 190-1)

Edwards: ‘These affections we see to be the springs that set men agoing, in all the affairs of life, and engage them in all their pursuits: these are the things that put men forward, and carry ‘em along, all their worldly business; and especially are men excited and animated by these, in all affairs, wherein they are earnestly engaged, and which they pursue with vigor’. (101)

So both agree that it is the recognition of something as a good, together with its absence, that generates human activity. Locke puts the point negatively and tersely. Edwards is more sermonic; after all, the Affections started life as sermons preached to Edwards’s congregation.

Locke: ‘The passions too have most of them, in most persons, operations on the body, and cause various changes in it; which, not being always sensible, do not make a necessary part of the idea of each passion.’ (192)

Edwards: ‘Such seems to be our nature, and such the laws of the union of soul and body, that there never is any case whatsoever, any lively and vigorous exercise of the will or inclination of the soul, without some effect upon the body, in some alteration of the motion of its fluids, and especially of the animal spirits’. (98)

Each sees a connection between the bodily effects of the passion. Locke, an English gentleman, is more reserved on this than Edwards, excited as he was by the phenomena of the revivals. Locke: emotions usually have bodily effects which we don’t notice most of the time. Edwards: affections do have noticeable (‘sensible’) bodily effects.

And fourthly, an interesting incidental correspondence:

‘there is no more but a bare velleity, the term used to signify the lowest degree of desire and that which is next to none at all, when there is so little uneasiness in the absence of anything that it carries a man no further than some faint wish for it, without any more effectual or vigorous use of the means to attain it.’ (Locke, 191)

And Edwards: ‘That religion which God requires, and will accept, does not consist in weak, dull and lifeless wouldings, raising us but a little above a state of indifference’.

So Locke’s ‘velleity’ becomes Edwards’s ‘woulding’, each marking a degree or so above the absolute indifference of the mind. As the editor of the Yale edition notes, ‘woulding’ is a made up word. (99) But Edwards need not have gone to this trouble. He could have used Locke’s ‘velleity’, which Locke did not make up. But using that term might have foxed some of his congregation, and some visitor from Yale or Boston might have rumbled the Locke connection.

Finally, in the case of the emotions or affections themselves, each has a similar list, including joy, hope among those that are emotions or approving or liking, and fear, anger, the emotions of disliking. And as Locke points out that envy and anger have to do not with pain or pleasure along, but ‘some mixed considerations of ourselves and others’, (191) so Edwards refers to ‘mixed affections’: ‘there are some affections wherein there is a composition of each of the aforementioned kinds of actings of the will [viz. positive or negative] as in the affection of pity…..And so in zeal’. (99)

So what are we to make of this? Briefly, I draw two morals. Edwards was a thorough-going Lockean when it came to the will and the affections. He took John Locke with him when he climbed the steps of the Northampton pulpit to preach about the affections in the context of the revivals. His enthusiasm for Locke was not a mere adolescent infatuation. Edwards made a big point of the fact that the term ‘affection’ was reserved for strong exercises of the will, something that Locke did not stress. In doing this in Part I he was preparing the ground for the development of the major theme of the Affections, that true religion consists much ‘in the more vigorous and sensible exercises of the inclinations and will of the soul’.(96) He preferred ‘affection’ to ‘emotion’, and ‘woulding’ to ‘velleity’. But otherwise the two were singing from the same hymn-sheet.

The second point is: there is no substitute for consulting primary sources.

In the next post on Locke and Edwards I shall offer more results of such consultings.

[For those interested in even more of Locke and Edwards, see Paul Helm. 'The Human Self and the Divine Trinity', in Jonathan Edwards as Contemporary, Essays in Honor of Sang Hyun Lee, ed. Don Schweitzer (New York, Peter Lang, 2010)]