Baptists and the early church 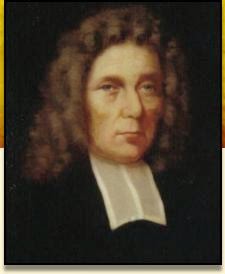 Benjamin Keach, one of the signatories to the 1689 Baptist Confession


What do the words ‘Baptists’ and ‘early church’ suggest to you when are mentioned side by side? – ‘NT baptism’, or ‘baptisteries’, or ‘archaeology’,  or ‘Spanish churches’, or ‘fonts, sizes of’, or ‘paedobaptism, growth of’, or something similar? In other words, the words suggest the discussion of the idea of the waning of normative credo-baptism in the early Christian era, or its continuation in those years longer than is usually allowed for, even perhaps until the Constantinian Settlement.

Thus there has been discussion of the baptistery in Stobi, in former Yugoslavia.  Set centrally into the floor of a church there is a big circular font (piscina) 2m. in diameter  and 1.3m. deep. Its use would be expected to cause more of a splash than the daintier bird-bath fonts that are more regular. And naturally, among Baptists, it leads to the thought, May the size of this (and other?) baptisteries be evidence of the practice of the immersion of believers? In other words, the ’Baptists’ and ‘early church’ bring together historical and archaeological arguments, including those derived from church architecture, for the normativeness of credo-baptism  in churches of this period.

‘Without body , parts and passions’

However, on this occasion we are not going to dip our toes into the by-waters of the history of credo-baptism. Instead I am going to put my toe into the relation between Baptists, Particular Baptists in this case, and the early Christian church in respect of the doctrine of God. More precisely, the affirmation that God is ‘without body, parts and passions’, a phrase borrowed from the Westminster Confession of Faith on which the Baptist Confession of 1689 largely modelled. Or perhaps more accurately, is modelled from the Savoy Confession of 1658. This phrase was in turn borrowed  from the  Irish Articles of 1615, which in turn was taken from the XXXIX Articles of the Church of England (Article I) (1571), which borrowed from the Forty Two Articles of 1553. The language is Cranmer’s, then.

What is the significance of these facts? First, note the rather brave and gracious way these Baptists proceeded. In the times when Baptists were persecuted in England (Bunyan put in Bedford jail for preaching Christ, and so forth), they nonetheless appropriated for their own confessions the language of the magistrates and bishops of the persecuting Church of England. (And the same would have been true, I reckon, had the Parliament of the 1640’s had had its way, and its anti-blasphemy legislation but into practice, they had been on the receiving end of Westminster Confession-style persecution. But Cromwell intervened.

I dare say that if we studied the confessional history of the Protestant Church of England we would find many other such ‘borrowings’. Why was this?

Was it because these lower-class, uneducated non-conformists could not think for themselves? No, obviously not. Many of their ministers had been educated. And they were persecuted and discriminated against precisely because they thought for themselves on the sacraments, church order and toleration.  This is shown by the fact that an earlier Baptist Confession, of 1644, (sometimes called the First London Confession of Faith) confesses the same God though in different wording, “That God…..is a Spirit who, as his being is of himself, so he gives being, moving and preservation  to all other things, being in himself eternall, most holy, every way infinite in greatnesse, wisdom, power justice…’ Though it has to be said that the words of the 1689 Confession are an appreciable  improvement on this.

So why this confessional continuity?

Before we attempt to answer this question, let us consider the phrase itself. It is saying what God is not, especially by denying to him properties that are essentially creaturely. We have bodies, parts and passions, and God is not like ourselves. This is what the Second Commandment asserts; nothing creaturely is fit to 'image' God, to help focus attention on him in worship.  That ways lies idolatry. As the seventeenth-century Reformed divines routinely state, numbering among them (and making this inclusion at some personal risk, it might be said) the Reformed or Particular Baptists, God cannot be comprehended but he is apprehended, and the way in which he is apprehended is through his Word, including the various figurative ways in which he accommodates himself to us. (Interesting that; we are not to make God’s creation represent him, but his figurative words about himself in Scripture we can use, as well of course as the non-figurative expressions.)

This language of God as being 'without body, parts and passions' takes us back beyond the Reformed theology of the sixteenth and seventeenth centuries to that of the medieval and patristic periods. They share this outlook on the doctrine of God as much as did, say, Calvin and the later Reformed Orthodox.  And so by their endorsement of it these Particular Baptists show that they are positively related to the catholic ‘spine’ of the church. They avowed and were not embarrassed by these sentiments occurring in historic Baptist confessions.

This is not true of all Baptists. Many Baptists situate themselves in the wider evangelical ethos, for whom God is much more ‘dynamic’ and ‘dramatic’.  If as Baptists they are at all aware of the historic Confessions of the Particular Baptists, they are rather dismissive of this language. For them it is a good example of the way in which biblical language about God was corrupted by a cold and purely cerebral language derived not from Scripture but from Greek philosophy. If such people value the earl Baptist Confessions at all it is because of their Augustinian soteriology, not because of this rather ‘remote’ and ‘static’ language regarding God, that he is without body, parts and passions. They might even say, how can such an aloof God, so much unlike ourselves who have been created in the image of God, be regarded as a loving and  caring God?

So the Particular Baptists who are endorsing the thought of the historic Christian theology as mediated through the English confessional tradition, are swimming against that Baptist tide, being carried along by a theological current that is going in the opposite direction. Thinking ecclesiologically for a moment, we might say that that tide is antisectarian. Political and social circumstances have often meant that Baptists have been regarded as a sect. But Baptists, or some Baptists, regard themselves as very much in the line of  catholic theology, of the early creeds and councils of the church.

Recently Samuel Renihan has gathered together statements of many Reformed theologians (and some others) into a Reader. It is a considerable achievement,  historically arranged showing how the idea of an impassible God was thought about and discussed by adherents to it, from roughly the period 1500-1700. It includes some particular Baptists, and extracts from confessional documents. (God without Passions: A Reader ed. Samuel. With a Foreword by Carl Trueman. (Palmdale Ca. Reformed Baptist Academic Press, 2015))

There is one thing to notice about how these men thought. Divine impassibility was not an isolated quirk. They show that it is possible to be committed to impassibility and for the remainder of the understanding of God to be unaffected.

So consider the following typical extracts, taken from the Renihan Reader

First therefore of the essence of God it is most truly said, that is one alone setting before us one God:  now let jus look what else may be conveniently said thereof. Surely there is many other things, but fir this present we think good to rehearse but a few, as, that it is not made of any other thing but simple and pure. With simplicity it agreeth that he is a spirit: with the pureness, he is called a light in which there is no darkness. It is also without body with simplicity, occupying no place, incomprehensible, immutable, indivisible, impassible, incorruptible, immortal, unspeakable perfect & everlasting: which all appertaineth to the consideration of the quality of God’s being.

The will of God is single and onely one in God.
The will of God is unchangeable:  because he always willeth the same, and in the same manner Psal. 33.1. The counsel of the Lord remaineth forever.
The will of God is eteranall; because hee doth not begin to will before he would not, nor ceaseth to will that which before hee willed. Mala. 3.6. I Jehova change not.
The will of God may be said to be infinite: because it hath no outward limitation.
The affections which are given to God in Scripture, as love, hatred, and the like, doe either set forth acts of the wil, or doe agree to God figuratively.

Q. What is Simplenesse or Singlenesse in God?
A.  It is an Attribute of God, whereby is noted, that euery thing that is in God, is God himself.And therefore he is vncompounded, without parts, inuisible, impassible, all essence:whence it is , that hee is not onely called holy, but holinesse; not onely iust,  but iustice, &c.
Q. What learne you thereby?
A. That he is no sorte mutable, or changeable but in all things euer one and the same, without any alteration, or shadow of change.

If God were not a Spirit, he were not immutable and unchangeable. His immutability  depends upon his simplicity. He is unchangeable in his essence, because he is a pure and unmixed spiritual Being.

Properties of the perfection in God
1. It’s independent. The creatures may be perfect in their kinde, yet they depend on something else; as a River though it be a perfect River, yet it stands need either of the fountain or of the sea to maintain it. He stands not in need of Princes, of men and Angels. Though he use them as instruments, it is not because he cannot act and bring about his ends without them, for he that could make the heavens and earth by the word  of his mouth, Psal. 33.6. what cannot he do?

This post has gone on for long enough. Next time we shall look at patterns of thought that such a way of thinking about God exemplifies.